I’m taking a look into the updating of a model. Speckle somehow rearranges the data after receiving. Somehow the information got shaken up a bit during the updating process. Right now it is only a test, but this might also be an issue in future projects.

B. Send to the two Speckle streams
I’m using Grasshopper to

After adding/deleting elements in Rhino: 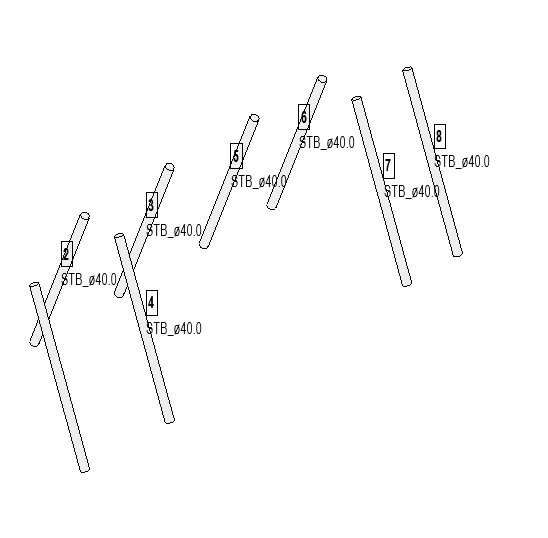 Of course, things are easily solvable when the parameters are mixed in on the Grasshopper side, but in reality, maybe drafters are adding information in Revit, which then is lost.

I tested it out on an arbitrary file, which I can provide incl. the Grasshopper Script. It would be really cool if you could take a look at it.

Thanks a lot for the report; there are a couple of things going on here:

The directshape update would be really cool. And for the updating … you are totally right with the Grasshopper list vs. the ID. Will try it out in an adapted way!

Yes we have a GH issue

Expand Update behaviour to other categories

## Description Reported **Gaby Pena** of [Studio NA](https://www.studiona-mx.…com/). Common workflow users follow is they use Revit to document their designs from Rhino. Studio NA is using Speckle for this integration. They are mostly involved in Interior Design projects. Since Revit is used for documentation, dimensions/annotations play an important role here. However, our Update method deletes all the received geometry and creates new ones in their place, instead of updating unchanged parts and creating only the changed parts. Because we are deleting and creating, all the added dimensions get deleted. To explain it through an example: > Gaby sends two design alternatives to Speckle. The only difference between the two is that the handles on the second one are rotated 30 degrees. Other than that everything is the same, the second commit is created by using the source geometry of the first commit. Gaby receives the first commit and adds dimensions and when she receives the second commit, all dimensions are deleted. > `📌 Received geometry creates **Direct-Shapes** in Revit. This can be seen in the GIF below👇:` ![Revit_zh8ycxyv5l](https://user-images.githubusercontent.com/51519350/194470415-0b2eb589-242d-4450-a94e-2e18279b0b97.gif) ## Expected Behaviour When we receive the geometry in Revit, the parts that do not change should not be deleted and recreated, they should not be touched. ## Streams/Commits Used ### Commit 1️⃣: [https://latest.speckle.dev/streams/6b24f9dc21/commits/893a9c8083](https://latest.speckle.dev/streams/6b24f9dc21/commits/893a9c8083) ### Commit 2️⃣: [https://latest.speckle.dev/streams/6b24f9dc21/commits/eee69a452a](https://latest.speckle.dev/streams/6b24f9dc21/commits/eee69a452a) ## Steps to reproduce 1. Activate Revit connector. 2. Receive first commit. 3. Add dimensions to geometry in plan view. 4. Receive second commit. 5. You’ll see that all geometries have been created from scratch and dimensions have been deleted. ## Files Used **Revit File** [https://drive.google.com/open?id=12obi8EF2YsEcvJxL4LusWElElnMZhrJd&authuser=bilal%40speckle.systems&usp=drive_fs](https://drive.google.com/open?id=12obi8EF2YsEcvJxL4LusWElElnMZhrJd&authuser=bilal%40speckle.systems&usp=drive_fs) **Rhino File** [https://drive.google.com/open?id=12qpfDXE5mHAB5xVTXESUvuMyU8QISWAN&authuser=bilal%40speckle.systems&usp=drive_fs](https://drive.google.com/open?id=12qpfDXE5mHAB5xVTXESUvuMyU8QISWAN&authuser=bilal%40speckle.systems&usp=drive_fs)

It would be nice to have a look at your script, but I’m fairly certain @teocomi’s answer is pretty much correct.

As a consequence, if your list of lines is edited, there’s no way for Speckle to know which ones have been added/removed.

We use the internal interation number of the grasshopper component with some extra info to compute this fake “applicationId”:

As for the suggestion of assigning your own applicationId, this is the way to go in my opinion. It gives you total control over how these members are identified. You can do this after creating your elements with an Extend Speckle Object node by creating a non-detached property called applicationId and assigning whatever value you want to it.

Be careful with this though, all applicationId’s are supposed to be unique, so do make them as unique as possible. I recommend creating some GUID and pasting it in a panel as the base of your application id’s. That way you don’t risk them already existing anywhere else.

Thanks for this hint and code snippet @AlanRynne! Will toy around with it a bit next week. I believe we found the issue.

For reading the objects out of the layers a colleague of mine created a node to also read out their Rhino GUIDs. I have plugged the GUIDs in the “extend speckle object” node of yours and it was fine. @AlanRynne and @teocomi please contact us, in case you want to have the code snippet … in case it was not already tackled by you in your upcoming 2.10.