Is there a more stable IFC upload/conversion?

So recently I have been testing out Speckle and what it can do. On thing I’ve noticed is the IFC upload does not work majority of the time. Well technically the upload works but when speckle converts it, there’s a good chance that it will fail. I understand there’s a 5 minutes time out and it seems more complex IFC files would go beyond the 5 minute. 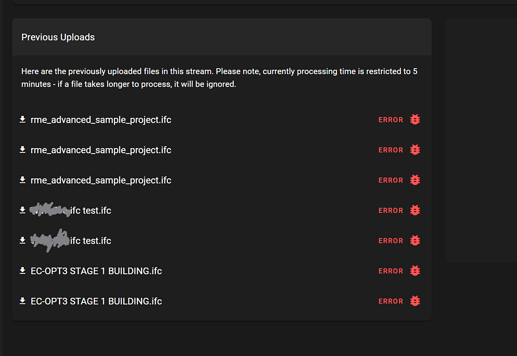 I can’t send our IFC files I’ve been testing since it’s still a working project, but IFCjs’ example
ifc files is pretty close our scale of our project and similar to what we send to consultants.

I have not been able to upload more then trivial IFC-files and sometimes IFC-files are the only information sources I have access to so it would be a very useful feature.

Did the processing time-out or were there errors immidiately?
Is it possible to test it using a small file making use of the same datastructure?

The process timed out… it seems that if I send smaller and simpler file, like just floor plates it works fine. If I send an IFC of the structure of our building, the conversion times out. I’m trying to send something we typically send to structural engineers and see how well speckle handles large data, with lots of metadata as well.

As I understood (two month ago or so) there is now a decided performance cap on the IFC importer, as the functionality is working, and still in development for large file support, and also I speculate this is to limit strain on the .xyz server from everyone uploading all their IFC on this public server
I think if you set up your own server, it should be possible to remove this cap or to increase the import time.

riiiiiiiiight ok ok that makes sense now. I was playing around with rhino/gh connection and was sending the same file to the xyz server. I got similar issues where it would conk out if I send the whole structure through, but if I did it layer by layer and did a merge, it works fine.

Okay, @jack-fp & @Dickels112 - thanks for your patience on this. @Dickels112 is right, we stop processing files after 5 mins, which is restrictive.

Our problem with actually processing IFC files is that we have to do the whole work upfront - get the geometry, as well as all element’s metadata. Getting the geometry only is fast, but then trawling the rest of the IFC file to get props and so on is the slow part

We’ll look in improving this!

Thanks, would it be an option just to import the geometry? In my case I am mostly interested in spaces and transparent objects like windows and curtain wall elements.

Hey all, I also did some limit testing recently the import IFC.

See my first results on the advanced arch example from Autodesk: 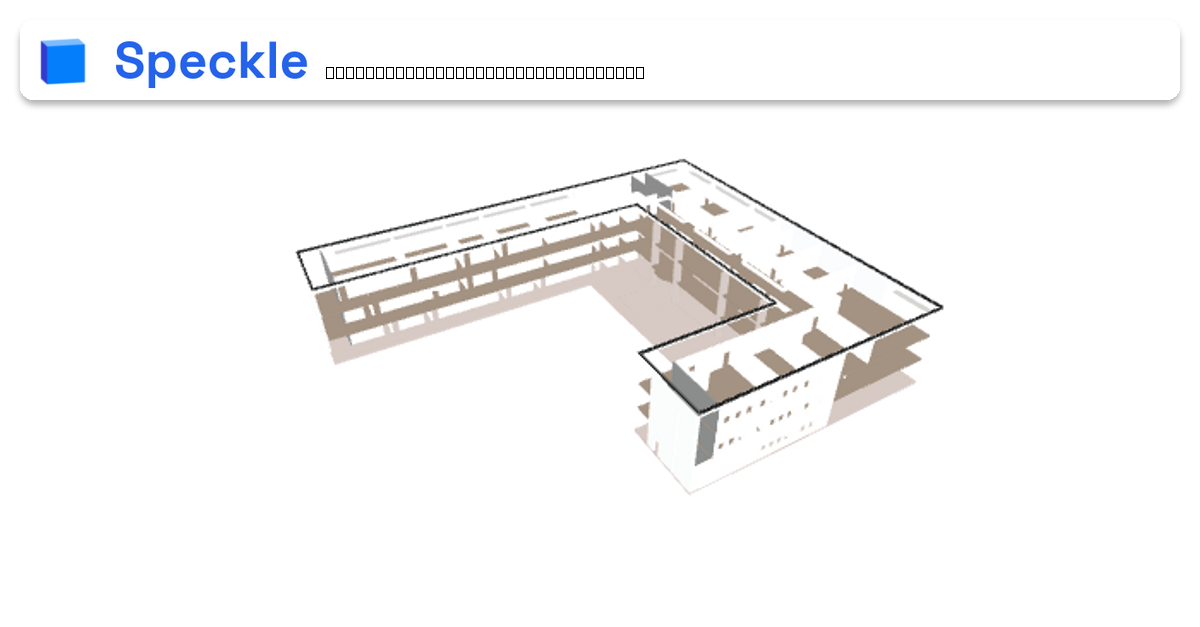 We’ll look in improving this!

Keen to help or do more limit testing! Potentially, the Revit connector could run the conversion using the IFC export method, so we are not limited by the server process time?

Also - IIRC, you are in the process of updating/migrating the docs? Could IFC Import Service perhaps specify what the limitations are or - maybe even better - add a reference to limitations of the IFCjs parser that is used?

Thanks, would it be an option just to import the geometry? In my case I am mostly interested in spaces and transparent objects like windows and curtain wall elements.

Perhaps, you can try and strip down the IFC export settings to make this work?
See this post on AutoDesk forum.