Sending some Columns and Beams from Gh but viewing just Lines

Sending a stream with some Speckle Columns and Beams but the Viewer is parsing them as Lines, meaning I can’t place nice filters and inspect the parameters I passed together with my elements. 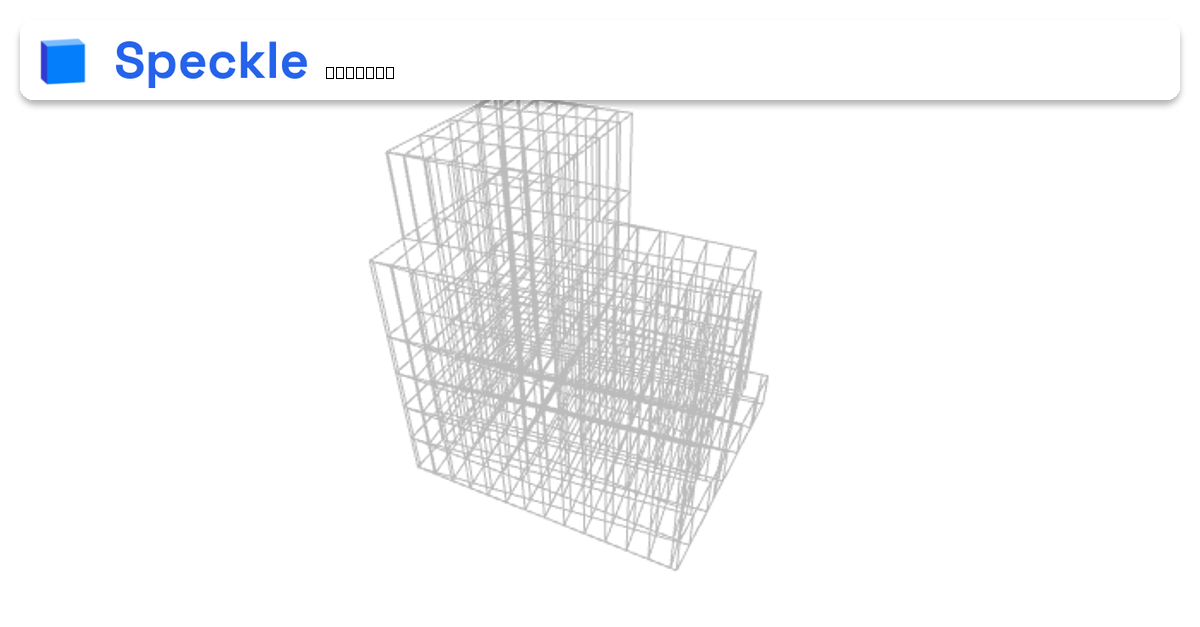 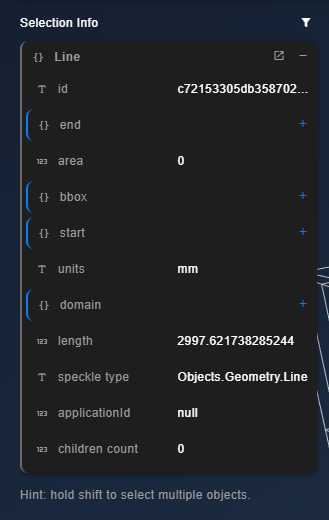 Is that expected behaviour?

If they are created as lines in Rhino/Grasshopper, they’ll be viewed as lines in the viewer. But they’ll be received as columns/beams in your host application (e.g. Revit). To answer your question, yes, this is the expected behavior. Columns, beam are simply profiles extruded along a curve in most BIM applications.

I’m okay with the visualization. They are created as Speckle Beams and Columns. But the viewer ignore parameters I set on Grasshopper, e.g. Material, Load, etc.

So… I dug into this and it’s currently the “expected behaviour”, although I agree that the expectations should be slightly different

The reason why the lines are being selected (and not the beam) is due to a missmatch between the viewer and our c# logic.

The viewer selection will work when a given Beam has a displayValue that is not null.
In the case of Grasshopper generated Beam objects, these have no displayValue, since it’s a generic beam we have no way of knowing how to draw it in 3D.

There is no “easy workaround” right now. We have an open issue to allow to specify the type of inputs in the ExpandSpeckleObject, which will allow you to set the displayValue as a List<Mesh>; but with the current implementation this is not possible.

The only workaround is to assign a displayValue to the beams via a c# script, which will then be displayed in the viewer instead of the line, and selection would work as expected. 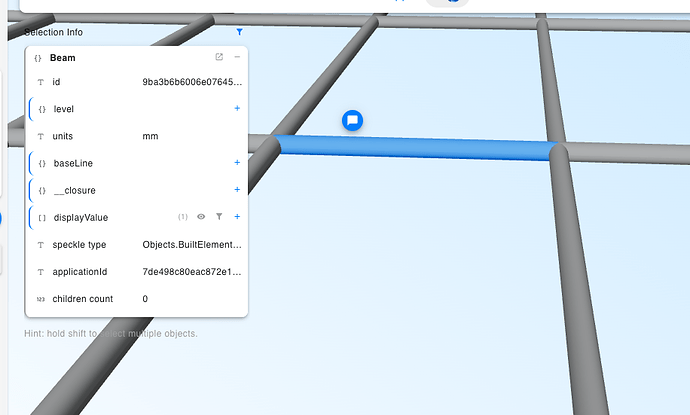 And here’s the file with the short script

Note that you may need to follow the steps in our Grasshopper guide to setup the assemblies correctly in your machine.

Hopefully we’ll have a more user-friendly solution for this on the next release!

Let me know if this works for you (or not)

Thanks guys. Good to know. I’ll post the use case here to see if you get excited

We are architects passing lines for engineers who will size them, therefore we are just suggesting the 1d elements hoping they will send us back 3d elements

Would it be nice to inspect data (parameters) during the first send.

The viewer selection will work when a given Beam has a displayValue that is not null.
In the case of Grasshopper generated Beam objects, these have no displayValue, since it’s a generic beam we have no way of knowing how to draw it in 3D.

I’m going to have a chat with the team about this to see what would be the best course of action to get this “fixed”.

got an alternative for you (for @jsdbroughton it may require some extra explaining… feel free to ping me!)

You can get it to work if you change the Schema conversion option in your Beam nodes.

This will flip the logic from Beam -> Line to Line -> Beam (inside @SpeckleSchema prop), I think this should enable you to see the Beam data when selecting the line in the viewer. These should be received as Beams in the receiving software (and it’s the default way the Rhino connector sends BIM objects).

Not as straight-forward, but maybe it will do the trick for now?

No worries - I polluted the thread. My issue is related but only adjacent in terms of propagated data from displayValue == null parents to geometry nodes with no properties.