We made some changes to the installer to make it cross connector and more stable. Let me know if following steps solves your issue:

I tried your steps in Blender 3.5 Alpha and 3.4.1.
A few times, even with restarting Blender between AddOn deactivating and uninstall,
and after new installation.

But it did not work, I am still missing my total count of children

I will send you a DM with link to my Test Stream.

Got your file. We’re looking into it. I’ll let you know once we have a solution.

I will also test the same geometry exported from Bricscad as IFC 4.0 and IFC 3x2 later.

Hello there, I’m going to explain another solution for Mac users. I hope this approach can help you all too. In addition, I’d like to add that the Speckle team is working on UX improvements regarding the connector upgrades.

So, the steps I followed were:

PRO TIP: Currently the Speckle tab in Blender is only shown in Object mode, so be sure to switch to that if you are in Edit mode.

This is still a good tip if you had problems installing Blender Connectors before.
And you should do this cleanup for all your Blender Installation’s Settings.

Manual cleanup is also necessary for e.g. BlenderBIM AddOn.
As long as there are rests of older BlenderBIM installation, installing a new
version will fail.
And for upgrading, always follow :

But for installing Blender Connector by Speckle Manager on M1 Mac,
the last few Updates from Speckle work reliable for me here.

Speckle will install or update Speckle AddOn successfully in ALL (!)
Blender installation’s Settings Folders.
(even for a latest 3.5 Alpha Blender)

But I am not sure if that also works for Intel Macs.
AFAIR, when latest testing my Trash Can with Monterey, installation from
Manager did not work, Blender AddOn Folders stayed empty.
But not 100% sure.

Yes, please give me a hint that I don’t forget.

After there were a few updates in recent days, I tried receiving again, but still unsuccessfully.

And as you may have noticed, I also just uploaded the same IFC again,
if I got that right that is the recommended way to “update” the content of a Stream.
(Not deleting the whole Stream and create a new one - as I did so far)
But I am still a bit overwhelmed by the Commit/History part of Speckle …

We have an early fix for the “total number of children” error already on our beta tester server latest.speckle.dev (let me know if you’d like an invite

When it passes our internal testing, it will make its way to speckle.xyz.

No hurry,
I just want to miss it

On the other hand,
what I currently did by activating Betas in Manager is just the local part,
like Beta Managers and access to Connector Betas ?

So it would be a completely different/separate Server (?) looking basically
the same, just with pre release server stuff running for testing (?)
would make my humble unreleased testing more complete ?

Hope I will manage the twin Setup,
but Yes, I would like to get an invitation

So it would be a completely different/separate Server (?) looking basically
the same, just with pre-release server stuff running for testing (?)
would make my humble unreleased testing more complete?

Yes, exactly. We release new “Web” features on this server first and test them there. Once testing is done, they go live on the public “Speckle.xyz” server.

On the other hand,
what I currently did by activating Betas in Manager is just the local part,
like Beta Managers and access to Connector Betas ?

That will give you access to Beta releases of Manager. We are constantly improving manager as well. So it works in different setups. It is not related to connectors.

which you can shortcut to from: 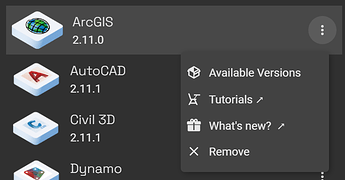 yes, I use these already.
But I thought I can see them only because I have Betas activated.

But now I have tripple Beta status

But now I have tripple Beta status

If you check your profile, you now officially have a Tripple Beta badge. Thanks, from all of us, for all the testing you’ve been doing!

OK, not unexpected, but I can confirm that Blender Connector Installation …
and my IFC, on Blender Dev Server, works by Blender Receive,
also on Windows 11 for me …