I am working on sending Revit 2021 site data like:

So far I have not found a way to send this type of information from Revit to Speckle.

I see that there is a way to manually set Globals on a stream which could be used to set the information above. Long range, is there a plan for Revit to send Globals to Speckle?

Hey Jake, we can definitely include that info under the “Project Information” filter, I’ll write a note to add this feature.
It’s also a good shout about storing this type of info under Globals, although we need to make sure it won’t conflict with other possible user data stored there… We’ll think of something on this front too!

Nice idea! In this topic (Geolocation in Speckle stream - #4 by jsdbroughton) some suggestions were given to add geographic data to branch / commit. Would it be good to also add this data to the branch / commit instead of the globals?

Thanks for the reference.

In light of the reference and your question, it probably makes most sense to set Revit “Project Information” described in the top comment at the Commit level since this information is not necessarily static over the life of a stream. A mistaken True North setting early on that requires correction later on would be one example for a legitimate change over time. If True North were “Global” the prior state that applies to one or more commits would be lost. The result would be a compromise in situational awareness through and across the stream.

As far as deleting a “Global” commit is concerned, I have not found a way to complete the task.

Additionally, it’s not clear what “Project Info” means within the Speckle context. Not sure what to say about maintaining control of semantics. I’d recommend explicit definitions but then it is at times difficult to figure out the proper label for things in Revit.

I’m starting to look at this! Currently, when you select “Project Info” in the selection filters, this is what is sent to Speckle. 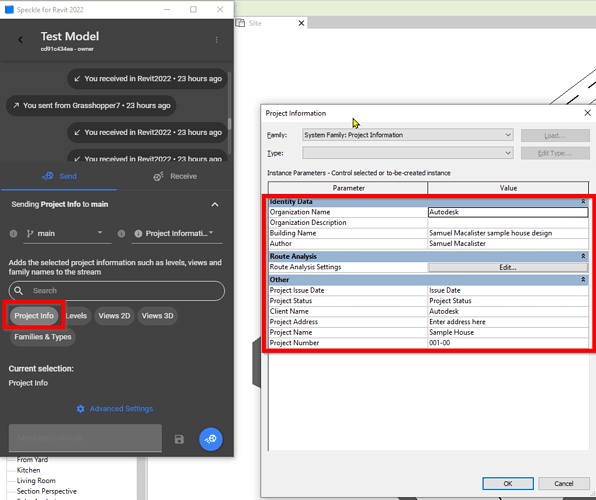 The information goes to a new commit together with anything else that was sent, and not to the Globals branch.

In regards to lat/long, and angle to north, can you please point me to exactly in the Revit UI where are these values?

I assume they are the ones in the Project Base Point and Survey Point?

Lat/Long comes from project location as shown below. 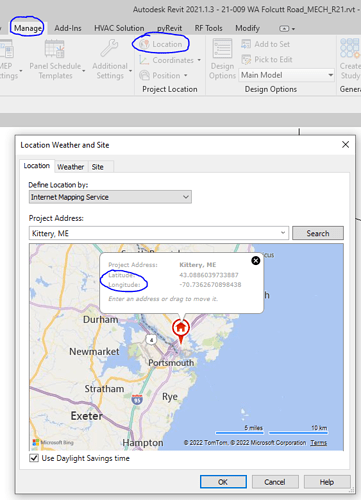 Angle to True North would come from the Project Base Point as show in the image above.