would it be possible to expand the file import option through the web interface to all supported formats? Currently IFC, STL and OBJ are supported. 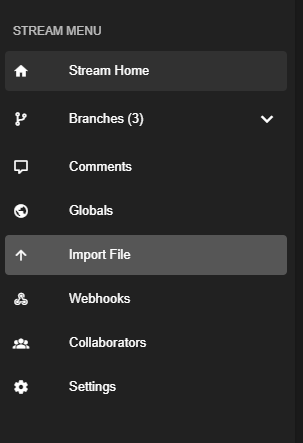 Here is the use case: in our office, we primarily work with Rhino, Revit & Civil3d. Sometimes, we have to open a Sketchup file, though, which we don’t have installed on our computers. Typically, we’d import the file to Rhino and work from there, but it would be awesome to have the option of bringing native SKP files into the stream.

Your workflow is quite a common one where ppl receive data in their non native applications and they’d want to integrate the contents. While this is definitely the goal of the file import mechanism, supporting the vast majority of (proprietary) file formats is not the easiest.

The ones we have now are open / standards based formats, that we can relatively easy convert into our own Speckle schema.
I haven’t done extensive research on the .skp format, but many times reading the data out of these files require an application specific runtime environment, that gives access to the app specific API.
Most of these desktop apps are Windows only apps sometimes they have a MacOS version. Either way, running those OS-es reliably in the cloud without human interactions is kinda complicated and can be costly.
Given these factors its not our current focus to work on something like this.
But if you, or anyone can share a fairly stable API that we can use to read data from .skp-s, would help us getting this feature closer to reality.

Hope this explains the situation.

or do you mean an opensource lib?

Hi @Dickels112 - do you know what licensing terms the Sketchup C API is released under? We’d ideally need something compatible with the terms we release Speckle Server under, which is currently Apache 2.0.