Deserialization of custom Speckle objects from grasshopper source to python

I have trouble transferring data between grasshopper and python for a list of Base objects. In this case, we have a custom object defined in the speckle kit. As is shown below, the ‘demands’ is a list of Objects.BuiltElements.Revit.Parameters.

When we send it to speckle, it will be as shown below from datatree to base object. 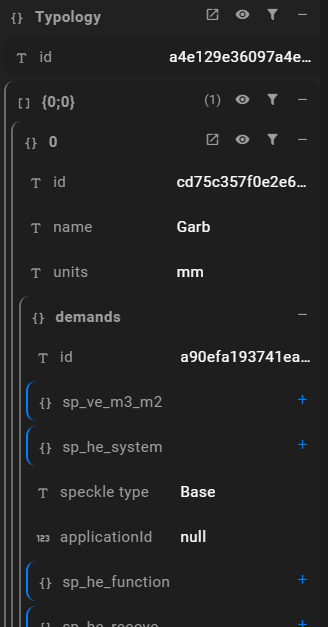 Then we have registered the same class to the specklepy ‘_type_registry’, where we will have corresponding attributes for the Class defined in C#. This time, we will get an error as shown below.

The problem here is that the ‘demands’ should actually be a list of Parameters(Base), which is correctly defined in grasshopper as shown below. However, looks like it is converted to a Base object when sent from grasshopper to server, which will be considered the wrong type when imported into python. So I don’t if we should fix this in our own package, or do you think this is something worth attention in the specklepy package? Let us know

I think there’s a mismatch in the type definitions in c#/py.

From what is being dumped into speckle, it looks like this.demands is actually a base object in the c# class - you could redefine it as a list - which is what mr. python seems to want? I might be wrong - it’s difficult to tell without seeing the class definitions in both parts…

@dimitrie The python part is defined as below, the TypologyDemand is a subclass of Parameter defined in specklypy.

Let me know if you need more information.

Hm, i’d try to see if making the c# version of the Typology class have demands as a list and not as a Base object, and then just setting it in the constructor simply with this.demands = demands, without the ToBase() part.

@dimitrie Nice, that is actually the problem, thanks! I think it works now