Dear Speckle Community,
I was testing the connector in Civil 3d to understand what parameters I can export to other application.
Is it possible to extend the export to “Extended Data” ? 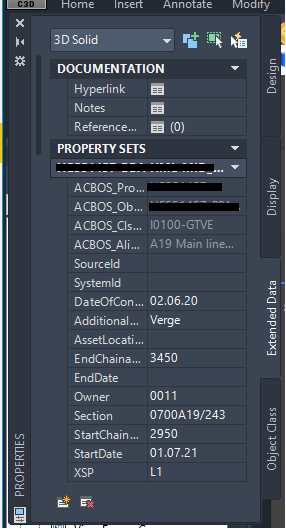 image286×529 13.8 KB
this is usally used by my team to store Property Set for IFC export, would like to use them in other apps (like Revit or PowerBI).

I also did a test with Revit, how can I export properties/families parameters that are not by default?

Is it possible, or is it something for next development?

I found quite hard to use data and reference databases from a third environment in PowerBI, for example, if I cannot find any common data between the two, i can’t link between layers or Revit ID (or any bespoke ID i imported into Civil 3D to split between construction elemetns, for example?) 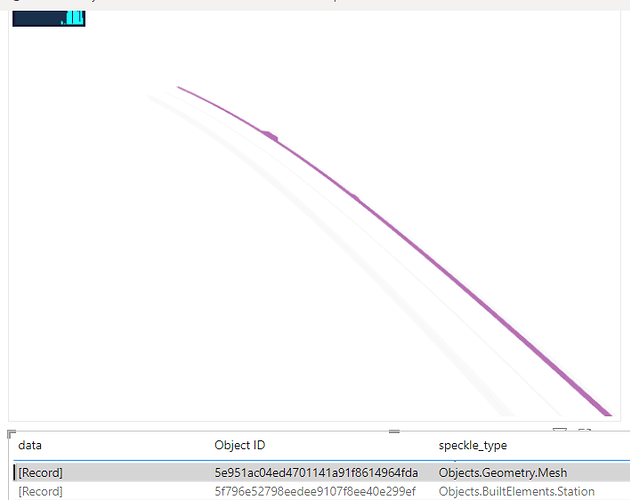 EDIT: I realised that in the stream, if i look at it on the speckle web app, they appear 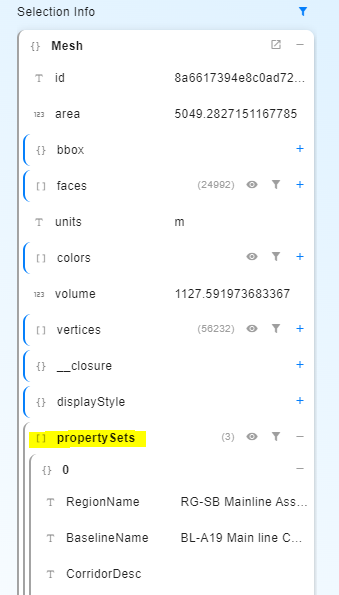 is it possible to see them in PowerBI? or in Revit/Open Building/Rhino?

Thank you for you help,

Glad to hear you found where property sets are stored

When sending from Revit, we instead place all the instance and type parameters under parameters.

Speckle does not try to match these properties for you, and they are just stored as they appear in the software you’re sending from, and I believe you should be able to access them all in PowerBI (cc @AlanRynne or @gokermu who will confirm).

Let me know if that makes sense and if you have more questions!

P.S. I think you’re using an old version of the Data Connector, so do try to update it whenever possible

hi Alan,
I took it from the Github page last week, it shall be version v0.0.11.
Anything I might have missed? Shall I check PowerBI version (even though I think i updated to the latest one)

Oh my bad! Sorry, I saw the table in your screenshot was missing fields… but that’s because the report tables only contains the fields you connect into them

dear Alan,
I looked into one export again (by the way, I was not expanding the Record column to check what has been imported, my bad 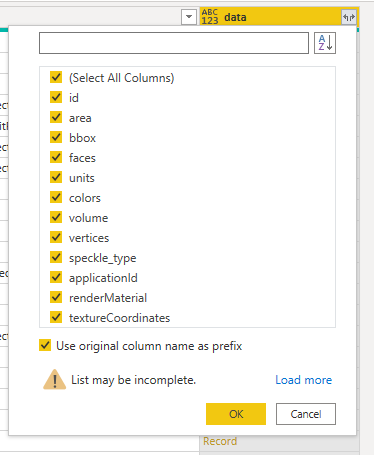 I find all parameters about the geometry, but none of what I was expecting to find (the propertySet data that I showed in the first screenshot of this post). Is there something I need to tweak to get access to this data in PowerBI?

Thank you guys for all the help and responses!

Sorry I forgot to reply in friday!

PowerBI will only load a limited set of properties. When this happens it warns that the “List may be incomplete”. You’ll have to press the load more link at the right of that message to force it to load the entire list.

Hope that does the trick!

dear Alan,
it worked thanks!
As a feedback I noticed a bit of delay in dropping the column names, which led me to thinnk that were not imported. I’m not sure if it’s something that shall improved on the PowerBI connector, or was just the server being slow to transfer the information to the PowerBI database.
By default, is this information imported as cached or live in PowerBI?

Nice to know you got it rolling!

As for the “slowness”, it’s a known issue we’re trying to circumvent. The way the connector currently works, it will try to pull all the objects that exist in the stream, and since PowerQueryM has no way of doing operations in parallel, this happens on a “one-at-a-time” basis, which as you’d assume… it’s a super slow process when the amount of objects to be received is high.

We’re currently looking into replacing the Table that is returned with a much more powerful NavigationTable that would allow us to delay operations until they’re needed (and more importantly, skip the ones that are not). This should result in several benefits:

I’ve been working on this for a bit last week, but don’t have any ETA for now. We’ll keep you posted on this!

Meanwhile, if you have any other suggestions to make our PowerBI connector work for you, do let us know!

hi @AlanRynne,
no problem at all, thank you for your continous improvement on this, I’m trying to build up some case studies to make Speckle a viewer for models where the project requirement might require it, so i’m still diving into that. I guess that once saved the report, the user shouldn’t experience much lagging, so it’s still a win situation for me.

In terms of the Connector, I guess I need to dive in more on how to filter some data at the beginning (as you said, less data is processed, the better it is) so there might be some improvement.
As features, My question would be: is it possible to combine two or three streams in the viewer, in this stage?
I did a test importing data from single discipline models, and now would like to import them one table at the time and see them in the viewer. Is it possible?
I tried to append the tables together, but obviously I still need to reference two URL to make it work. Maybe I did something wrong, or is it just not possible, can you enlighten me?

is it possible to combine two or three streams in the viewer, in this stage?

It is! You can combine PowerBI queries into a single one, so in essence you’d create as many queries as you’d need to fetch, and then merge them all into a single table.

i’ll try to give it another go in the meantime… can you show me the settings for the visual inputs?