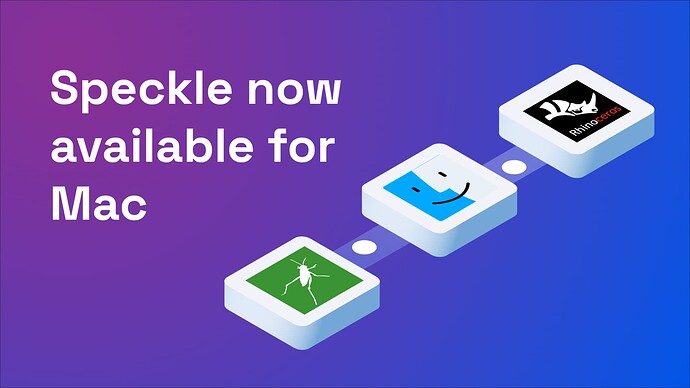 Starting from version 2.2 of our Speckle Manager, you will be able to view and explore all existing Speckle connectors (including the ones not compatible with your current OS), and allow the user to filter out.

You can read all about it on our latest blog post!

Speckle Manager on Mac cannot perform updates yet. So, if you already have it installed, make sure to download the latest version from the Speckle Releases page 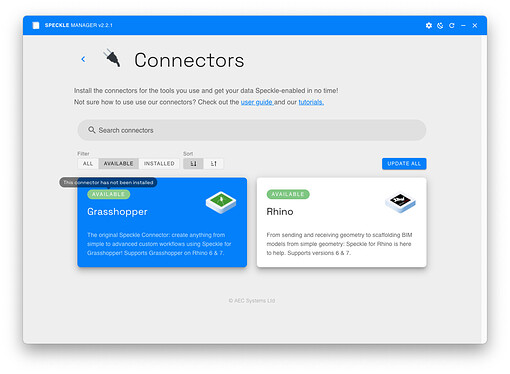 This is a companion discussion topic for the original entry at Speckle now available for Mac!

Will the Speckle Manager on mac now update itself?

Sadly, not yet! We’re pending Apple’s approval to sign the application

Hopefully next Speckle Manager release will do so!

Edit: I added a disclaimer to the post to make it clear (it’s on the blog post too

This seems like Speckle Empire overreach. The application name is displaying as Speckle rather than Rhino 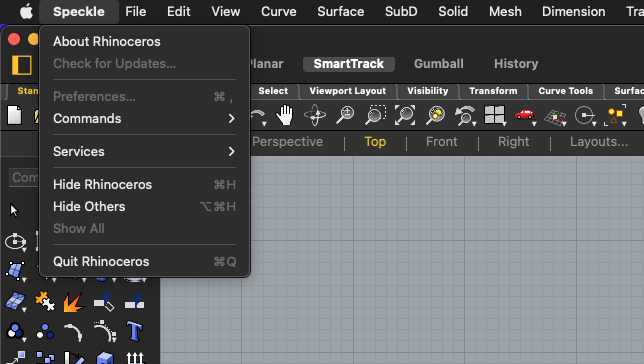 This is for both Rhino 7 and Rhino 8 WIP.

for reference, this isn’t at launch but during launch just before licence is picked up from the zoo.

It’s something we tried resolving in the past, but it seems there’s one last step we missed - we collaborated with the Avalonia people here.

@teocomi & @AlanRynne won’t like it, but i need to ping them on this

Hey @jsdbroughton is it persistent or just showing up temporarily during launch?

On my end it appears only momentarily, hope that’s acceptable for now

It sometimes persists for the session.

Even if you open the Speckle panel?

Sorry for the micro managing between 3 team members haha

So I have, since reporting this, uninstalled and reinstalled and confirmed that the Rhino plugin is the cause of Rhino crashing on quit. separate issue

But, since I did that it seems to leave a process open maybe? In that closing the speckle panel and closing the main Rhino window leaves the Rhino application unresponsive. Not quittable and not able to launch new windows.

Also weird, and only because I’ve just been working on a chat bot. I notice the open process show Speckle in there, in place of Rhino and it has adopted the Google Chat icon 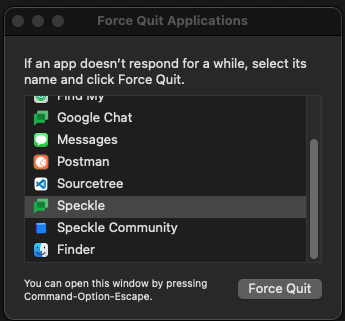 I’ll try other iterations of things to do in different orders.

Opening the panel and the Rhino App Menu returns. The process is still rename though 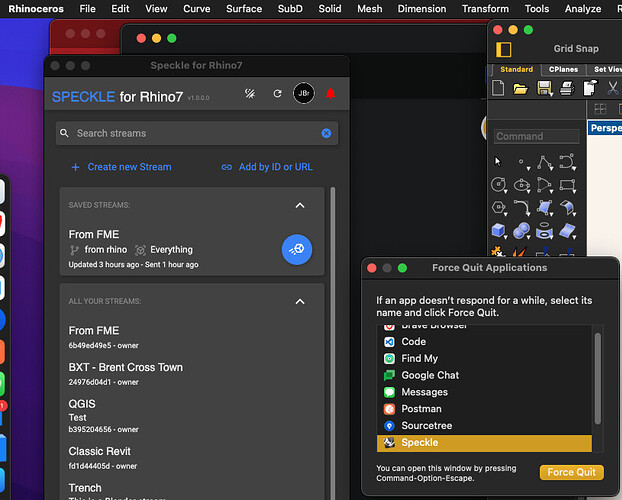 So I have, since reporting this, uninstalled and reinstalled and confirmed that the Rhino plugin is the cause of Rhino crashing on quit. separate issue

I believe the Avalonia team has already fixed this issue and will be propagated to our connectors on the next release.

The hijacking of menu names and icons is interesting, I’ll try to repro on my side and check what’s going on, but it may also be related to the application lifecycle, which is the cause of the crash and hence, may be fixed directly.

Also, I’m now seeing all the menus are fubar’d when I dismiss the Speckle Panel.

Luckily I’ve been driving rhino by keyboard for aeons.