I´m trying to find a way to edit or modify the information shown of a selected object in the web 3d environment.

Is this possible without creating an “Base Object” but instead, modifying the actual description of the geometry displayed in the viewer?

Ciao @tomasmena! Would love to hear more about your use case to figure out how to best support it. What are you planning to achieve?

Currently it’s not possible, and it’s also tricky. If you edit a property that is geometric (e.g., in the case of the box, you change its size) - Speckle won’t be able to recompute that geometry. Same goes for BIM elements (e.g, changing the width of a wall).

The techy parts: editing things outside authoring applications is, at the moment, a technically difficult task in Speckle. Of the top of my head, to support this we would need to

is especially tricky to be done efficiently (but not impossible).

Hi @dimitrie .
Thanks a lot for your reply.
I wanna use the speckle viewer and customize it so I can provide information about the geometry in an interactive way.
I´m not thinking to change any of the geometry parameters. The semantic properties sounds pretty much like what I´m imagining. Maybe a metadata field containing text that appears when the geometry is selected on the viewer.
If this cannot be done by standard tools, I was thinking to try to develop a customized kit that would expand the metadata of the objects when they are being converted.

I´m not a .NET developer, though, I work more with Python. So I´ll have to start from scratch.

Do you think this Semantic properties option can be done without any customization ?

If this cannot be done by standard tools, I was thinking to try to develop a customized kit that would expand the metadata of the objects when they are being converted.

Hi @tomasmena, thanks for the added detail - it makes sense now! I don’t think a customised kit is the way to go; you can already customise base objects by adding dynamic properties to them.

Maybe a metadata field containing text that appears when the geometry is selected on the viewer.

We could have a special convention in the viewer that if a specific field name is encountered on the object (e.g., as you say, metadata), it gets expanded in a more friendly way (such as an annotation-equivalent). It won’t be editable though (you’d need to create it from grasshopper/dynamo).

Otherwise, I think what you really want - with the possibility of actually editing info - will be best served by our commenting/issue tracking system that we’re scoping right now. Imagine you would be able to create an issue (or comment) referencing specific objects, or sets of objects, etc. You’ll be able to drop in there whatever extra info you would want to!

We could have a special convention in the viewer that if a specific field name is encountered on the object (e.g., as you say, metadata), it gets expanded in a more friendly way (such as an annotation-equivalent). It won’t be editable though (you’d need to create it from grasshopper/dynamo).

Hi Dimitri! This sounds awesome!. I wouldn´t mind to create it in GH.
I think that the viewer has the potentiality to be a very effective tool for storytelling. I´m currently leading a research project where we use speckle to build a collaborative model that creates a narrative which is the result of a decentralised team working from different parts of the world. The subject is the Orinoco basing area in Venezuela. We build a series of “chapters” using the commits that follow a path up the river. The 3d models serve as an collapsed stage of the information and we embed the 3d commits views supporting the research data to illustrate the scale of the territory and different shapes of representations.

That´s why this added feature would integrate an power the 3d viewer allowing to reference information to the objects in an interactive way.

All sounds very interesting. I´m very excited to see all this developments. And if you manage to do have that special convention for the metadata field it would be amazing!

@dimitrie
Here you have the current status of that research.

There you can see the speckle 3d viewers embedded in the webpage supporting the narrative.
For me is really exciting to find ways of using tools in an unorthodox manner. Speckle opened a field of possibilities beyond the mere construction, detailing, technical communication. Is supporting the communication of ideas in an enhanced way. 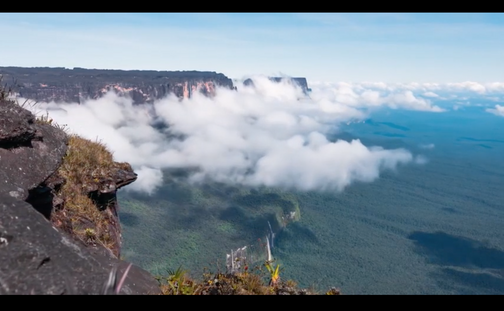 Sol y Sombra: a Journey Up the Orinoco River

Hey @tomasmena, thanks for sharing that with us! It looks really nice, and it’s an impressive project. We might want to do a little use case study to publish on our blog if you agree. I’m travelling at the moment, but would you be available for a quick 30 min meeting on this later this week or the next?

I have some ideas on how to support your use case - storytelling! - better in the viewer (actually in the renderer component from our frontend) in a way that would be potentially quick to implement and non-disruptive for our future efforts on it, as well as maintainable. I’m travelling now, but this is a super nice idea for our internal hackaton that we’re going to have during our company retreat end of September

@dimitrie Absolutely!
just let me know when it would best suitable for you… I´m currently in Germany. I don´t know what´s your current time zone.

Just sent over an email!